Before expanding nationally, Giants Snacks’ story travels all the way back to the year 1958. With no sign of slowing down, they’re the family-owned company that continues to create new innovative ideas and more major league baseball teams to their ‘official seed’ list.

The history of what brought GIANT Sunflower Seeds to life goes all the way back to 1958 when Bob Schuler brought sunflower seeds to the Red River Valley. Bob and his brother George were pioneers in the early days of sunflowers in North America. 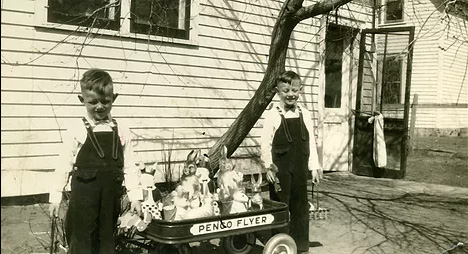 Bob’s son Jay continued in his father’s footsteps in the sunflower seed industry and started Sigco Research with his college professor and world renowned breeder Gary Fick in the late 1970’s. The pair would take bringing sunflowers to a new level and set the eventual stage for GIANT Sunflower Seeds. 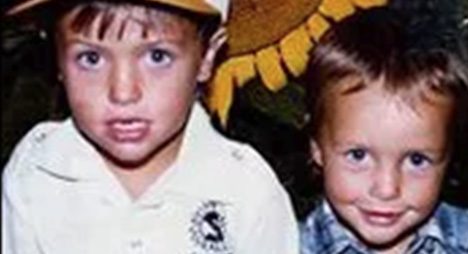 In the late 1980’s, Jay and Gary Fick would again partner at Seeds 2000 which is now an exclusive breeding and growing partner of GIANT Sunflower Seeds. Without the innovation and success of Seeds 2000, the idea of GIANTS may have never been an idea at all.

Jay traveled extensively and saw that Europeans and Chinese were eating better quality inshell sunflower seeds than consumers in the US. In the early 90’s Jay was attempting to take the biggest and best quality seeds in the world which were mostly being sold to Spain and sell them domestically. Jay approached two of his largest customers in an attempt to sell them large high quality sunflower seeds. Both said it was interesting but they will continue doing things the same.​

Jay and a business partner owned Dakota Gourmet, a manufacturing and packaging plant at that time. They discussed the idea of packaging and selling the product themselves. Eventually, they decided they could and GIANTS was born in 1995.

Jay’s sons, Robert (VP of Marketing) and Jason (VP of Sales) start working for the company.

The first partnership with the MLB is born! GIANTS become the official seed of the MN Twins. 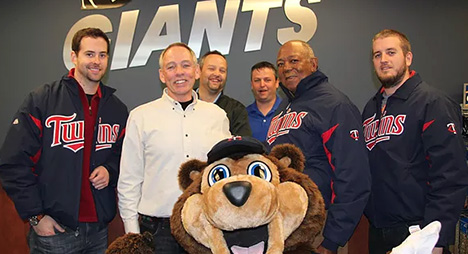 GIANTS sells a variety of sunflower seeds. Their newest flavor being Sriracha Hot Chili Sauce which was nominated for the Most Innovative New Product of the Year award at the Sweet & Salty Expo in Chicago.

The Kettle Roast Collection is welcomed into the GIANTS family.

The fourth MLB partnership is created as GIANTS becomes the Official Seed of the San Francisco Giants.

GIANTS launches a premium Pistachio as well as Flavor Fusions!